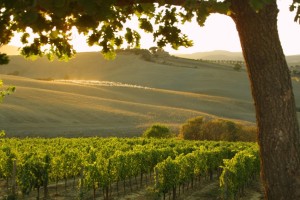 I seem to become inspired quite a bit with my surroundings. And I’ll be honest, that inspiration may not amount to a ton of productive activity. But in my mind, I can’t help but stop and notice how beautiful something is and acknowledge that if I had more time in my life available, I would do something with the beauty that I was witnessing. I would write something derived from my inspiration. Perhaps, create a piece to reflect what I saw. I have always been one to stop and smell the roses, it’s a secret I keep no longer, that I am now relinquishing to the world. Most people think of my personality as constantly going at one hundred miles an hour, however, if anyone could ever step inside my garden they would see those reflective moments I steal when I am all alone. For me, Italy was filled with these moments. These quaint gems of sudden and flawless beauty. Sitting right before me without another soul in the world (well except my screaming children) to notice it. And sometimes, the universe would line up and even my two-year old seemed to take a second just to look at all the glory that was around our bodies. Italy, for me, was a complete dream come true. It is something that I have wanted to see since I was a little girl and longed for as a young adult. I felt at home there. Just enough in fact, that I could see myself settling there in another life. I have always felt as though I belonged somewhere else and I think Italy, may just be the place. I didn’t get to run while I was there which saddened me greatly (too dangerous, the roads, the drivers, yikes) but I did have plenty of time to miss running which I think I needed.

Amongst the region of Tuscany there are probably hundreds of vineyards. They all try to lure you in with big signs that say “buy direct” or “wine tastings” and maybe that is fine for some but I wanted something different. And, thanks to my very perceptive husband, I found it. Nestled on a mountain side, or so it seemed driving up there, was a tucked away vineyard, seemingly in its own world. When we drove up to Paradiso di Frassina, we immediately noticed the music playing. Speakers, throughout the olive groves and the vineyards, towered over the plants, playing beautiful music. Mozart to be exact. It brought me back to my youth, when I would listen to classical music while completing my homework. It also brought back a brief moment of serenity. Something I don’t get to experience that often. The music made the landscape so much more dramatic. The olive trees were covered with olives and the grape vines had large clusters of purple grapes, ready for harvest, which was to happen any day now. The gentleman who greeted us, from what I perceive was his home, was warm and welcoming. He provided us with a tour of his modest production and allowed us to taste three of his wines, with lots of information to go with the glasses. Everything we experienced was delicious and I immediately wanted whatever he was selling. Every year, they only produce 400 bottles of olive oil, he had ten left and I bought 2 of them before he even finished his sentence. Immediately, I wished I could buy more, if I had enough space in my suitcases, I would have bought them all. The olive oil is packaged just as the wine is and happens to be the most incredible, luscious, robust olive oil I have ever had in my life. And each bottle was only $12.90! In America, that would never fly.

We bought 4 bottles of wine from him, again, wishing we could purchase more.

In Montalcino, wine gets very expensive and some of the producers of Brunello di Montalcino wines have very up-scale, fancy productions. Which I think, they have to when catering to such a discerning audience. Brunello is highly regarded stuff in Italy, possibly the most well-respected of wines, something I already knew before going and was told often by many different older Italian men. Wine collectors seek it out and hold onto it for decades. With certain vintages, the price soars, 2004 for instance was already in the “Do Not Touch” section of several stores I visited. 2007 I was told, would be the next year like it, being what they called an “outstanding vintage.” Some of the wine shops we went to sold bottles of Brunello that I could never afford, however, I was glad to witness the range and felt blessed just to be in such a highly regarded place.

While Josh and I brought back 14 bottles of Brunello di Montalcino, all produced by different vineyards, the Mozart vineyard was by far, my favorite place. They are bringing a simplicity to a high end product and a humbling experience in a very daunting place. It was wonderful to get the chance to experience such a delightful atmosphere. A place where we could be laid back and just enjoy. No one snobby telling us what to think or using intimidating lingo. Just a guy who really loves wine and music, telling us why his vineyard does what it does and hoping we would buy from him in the future. Well, we will. I will be a life long customer of his, forever remembering the way his little piece of the world made me feel.

Take a visit for yourself by clicking the link below. 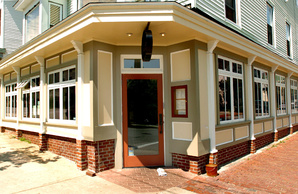 Date night is a rare commodity in the Morrison household. We go out a fair portion, but it’s usually with a group. Or if we have a dinner thing at the house, it’s overwhelming to the point where babysitting is not really a break because I’m asleep by like 10 after cooking all day. During either of these situations, we don’t talk to one another a lot because we are entertaining our guests separately, or I yell at Josh for being in my way while cooking which of course, is the least sexy thing ever. I wanted a night where just the two of us could talk to one another, share wine, have a normal conversation. I wanted to feel like a girlfriend again, get dressed up, give a shit. I mean, there is only so many times I can wear stretchy pants before Josh starts raising the eyebrow. We chose to have kids early in life (not that early, this isn’t like the sinful sixteen and pregnant) which does come with some disadvantages (but way more advantages). Anyways, when the stars align and it’s just Josh and I alone, we like to pick a place that is going to be really fantastic. Something special. This weekend it was the Front Room in Portland. A magical mixture of amazing comfort, like you could wear shorts there, and delightful gems on a plate. To begin, let me preface by saying, I am a simple eater. I have a sophisticated palette but not a snobby palette. I like fresh, organic, local ingredients done well. I like traditional, balanced, easy to pronounce items that come from well raised animals. I am against anything with duck in it. I hate foie gras. I extra hate truffles. I love things like ricotta cheese and lemons. Just want to make sure you get where I’m at. It was for these reasons that the Front Room immediately appealed to me. The menu focused on taking traditional items and cooking them in a divine fashion.

When we walked into the Front Room, the atmosphere was comfortable yet classic. Wooden chairs, lovely tables, a hostess that smiled at us right away and a small bar that catered to a few people who seemed really happy there. The hostess gave us water right away and complimented me on my shoes. A real bonus considering it was the first time I was without flip-flops in like sixteen years. Anyways, beyond the menu, the waitress read us this huge line of specials, all of which sounded amazing. There were, I believe, four appetizer and four entrée specials. Their wine list was short but well-chosen, the most expensive bottle being $50, the Conundrum we ordered was $30. We chose to begin with some fried calamari which was light and served with some sort of dipping sauce. The flavors were difficult for me to discern but who cares, it was tasty. Then, we each had a salad. Mine was a warm goat cheese salad served with some beets over a large bed of arugula. YUM! Josh’s was an asparagus salad served with romesco sauce and a lightly fried egg. Not my style but he loved it. Then for an entrée I chose skirt steak served over garlic mashed potatoes with roasted asparagus. Josh chose pan-fried cod served over fava bean and snap pea risotto with some sort of white wine reduction. My entrée was soooooooooooooooooooooo fantastic. I have never had better mashed potatoes. And this is why I loved it, this is not a crazy dish, it’s a familiar dish, cooked better than I have ever had it in my entire life. For sides (because we had not eaten enough, my god) we ordered pan-fried gnocchi and skillet cornbread. Worth the extra calories. They were both stunningly delightful. With all of these items our check was $118 (before tip) which I thought was pretty damn wonderful. The waitress was friendly, attentive, kept our beverages full which made us very happy and content. And the kitchen is extremely open, so we got to experience it all live.

I couldn’t have asked for a better experience. Everything was so great at this restaurant. Josh and I felt like we found a place we could call our neighborhood spot. A place we could bring the kids, go for just a sandwich if we wanted to or our go to romantic spot when it’s just the two of us. When you don’t get a lot of evenings alone, it’s important that it all lines up the right way which is what made this even better.

I’m telling all you local Maine folks who live near Portland, try this place out. You will fall in love with it, as I did. It’s spectacular food prepared really well. And I believe this is what the world needs more of, never mind this stuffy, fine dining crap. Let’s eat food that is grown close by, cooked with simple methods and made to make you feel good inside. If I owned a restaurant, I would want it to look just like this. Kudos Chef Lee Harding Smith. You have created my new favorite place.

73 Congress Street at the corner of Howard