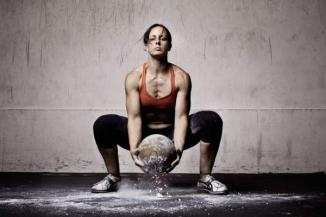 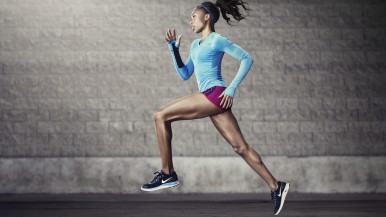 Recently, there has been this article floating around the internet called: “CrossFit’s Dirty Little Secret.” I’ve noticed like twenty friends have posted it on Facebook and even more on Twitter. The comments are usually in agreement: CrossFit is terrible for you long term, CrossFit destroys your muscles, and causes the serious, sometimes fatal, Rhabdomyolysis, with the occasional, CrossFit is stupid. At first I was like: “Yea!” but then I started thinking about some of my friends who have recently become very involved with CrossFit and the more I thought about it, the more I wasn’t sure I agreed entirely with this article.

First and foremost, let me just say this, so you know who this opinion is coming from: I am a runner, before anything else. Running is my life, it’s my world, it’s my sacred place. CrossFit is something I have never even attempted, never been to a class, never wanted to even have a conversation about it. Not really interested at all. But none the less, it is a form of exercise and therefore it does have benefits just like anything else.

What people who comment on this article seem to forget is that every form of excercise comes with a risk. There is not one thing out there that is entirely safe. P90X, don’t even get me started. T-25 workouts, another whole chat, spinning, running, boxing, hockey, you name it, there will be a con as well as a large list of pros. But since I’m passionate about running: we’ll talk about that.

Running is as risky to your body as CrossFit can be, for sure. Anyone that debates me on this is an idiot. My cardiologist and I have had MANY conversations over our 15 year relationship concerning the sweet spot for mileage, why runners sometimes drop dead and the dangers of pushing yourself too hard for too long. Technically, the safe place for weekly mileage is 20 miles per week, anything over that and you are asking your heart to work harder than normal. Now, I have a heart condition and I run anywhere from 30-40 miles a week right now. I’m not going to drop dead because I know my limitations. I know how to listen to my body. I know when enough is enough. Every intelligent runner, whether elite or casual, should know to recognize the same signs. The stories we hear about runners dropping dead at finish lines are usually from a pre-existing condition that was never uncovered, ignored, or a big warning sign provided by the body that the runner missed. My point: when you work out, your fate is in your own hands. No one can force you to do anything. If someone attempts to make me feel like a: loser, fat-ass, quitter, whatever because I know pushing harder isn’t the smartest thing to do, then I would leave, or not finish the workout. You want to stay there and push to the point of danger, then you deserve whatever you get.

Running and CrossFit are not so different in the sense that we are asking our bodies to do more than the average bout of work. In running, there are a variety of workouts: interval training, speed work, hill work, long runs, tempo runs, and they all test your body on different levels. Same thing with CrossFit. In any sport, you have to know your own limits as well as when it’s safe to test them. If you allow someone else to push you to an unsafe place: then accept the consequences and move on.

Now, don’t confuse, I’m not an advocate for CrossFit. But I know two people who’s lives it has changed and for the better. I have seen them become more active and stronger because of it. They are two grown ass adults who know when enough is enough and for them, it’s the sport of choice. Everything has a downfall. Let’s not all sit here on our high horses and talk shit about this one sport because we don’t like it or don’t agree. You don’t want to participate, well don’t. I’ll go back to running where I could have a massive heart attack and fall to the ground, you go back to playing football where you jam your brain so many times in a few years it just won’t function. Then we can all be happy.